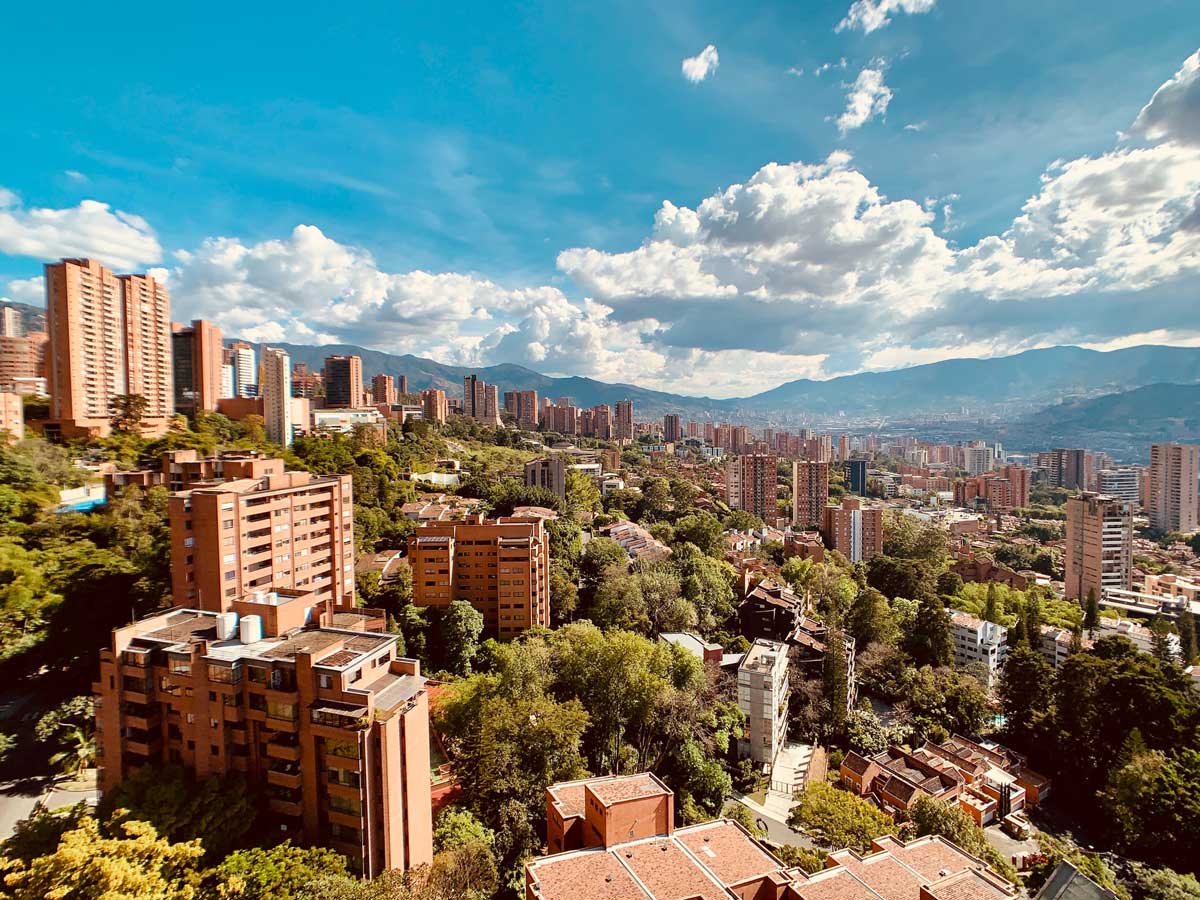 Colombia is a country located in the north western part of South America. It is the third largest Spanish speaking country in the world with over 50 million inhabitants.

The capital is Bógota which is one of the highest situated capitals in the world, located on top of the Andes mountains. The country has a rich multicultural heritage, with influence from its native civilizations, European immigrants and Spanish settlement. The national flag was officially adopted in 1819.

The three horizontal bands of yellow, blue and red on the flag represents
1) the natural riches of the country
2) liberty and sovereignty
3) the bloodshed in the war of independence.

Colombia is best known for its coffee, music and incredible nature. It is one of the most biodiverse countries in the world as it has beautiful beaches, tropical rainforests, mountains and deserts. It is the only country in the world that has coastlines on the Caribbean sea and the Pacific Ocean. The rare, pink Amazon River dolphins is one of the animals that can be spotted in Colombia. A big part of South America consists of rainforests and approximately one third of Colombia is made up of Amazonian rainforest. Famous Colombians include singer Shakira, Juanes, soccer player Carlos Valderrama and artist Fernando Botero.

Hidden deep within the colombian jungle one of the world’s ancient wonders can be found; the lost city. It’s believed to have been built in 800 AD which makes it 650 years older than Inca town Machu Picchu! The diversity of flora and fauna in combination with its location in the colombian mountains makes it the perfect hiking destination.

All that glitters is not gold but some things actually are… The museum of gold in Bogotá is home to more than 55,000 artifacts made out of gold. It is one of the most visited museums in Colombia, objects made out of stone, shell, wood and pottery can also be found here. All of the items displayed stem from the major pre-Hispanic cultures in Colombia.

Casa terracota is a fascinating blend between art and architecture. The building was created by architect Octavio Mendoza who built the house entirely out of clay and allowed it to harden naturally by the hot, colombian sun. A house filled with vibrant mosaic and without almost any straight walls that won’t be like anything you’ve ever seen before.

If you feel like going for a swim, why not begin with a mud bath at El Totumo; an active mud volcano! A popular destination for tourists and the mud in the crater is said to have healing powers. When you’re done, a dip in a nearby lagoon is recommended to help wash off the mud.

Catedral de sal is a unique underground cathedral located 190 m underground in old salt mines. Every architectural detail, ornament and icon of Halite rock is carved by hand! The salt deposit the cathedral originates from was created around 250 million years ago. Enjoy the cinematically lit rooms, brine museum and light show!