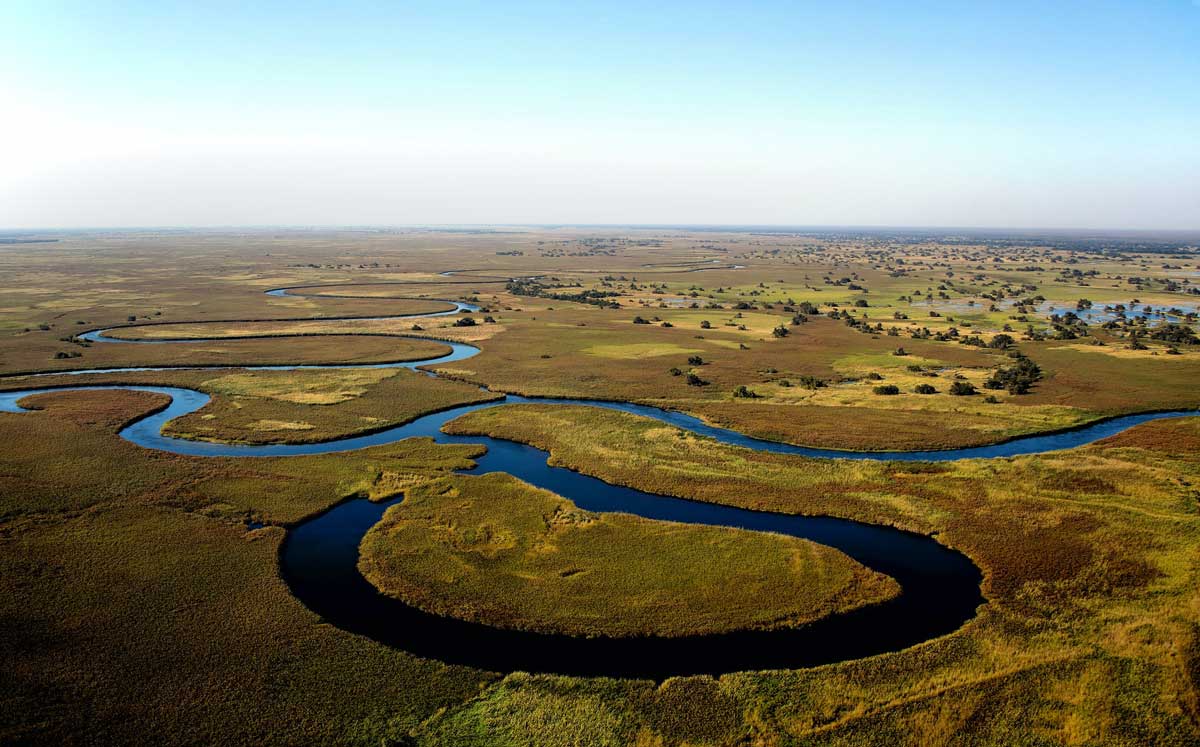 Botswana, a landlocked country in the south of Africa, is home to 2.3 million people. The country is currently Africa's oldest continuous democracy, after gaining its independence in 1966.

The country is well known for the many National Parks, and stunning natural sights situated in various places. Today, it is one of the worlds fastest growing economies and enjoys an ever improving standard of living. The name Botswana derives from the native ethnic group, the Tswana people, with Botswana meaning “the land of the Tswana”.

Shifting between wetland and dryland, home to hundreds of wildlife species, the largest intact inland delta in the world is truly a stunning sight. Who wouldn’t want to visit one of the most unique ecosystems in the world?

Definitely one of the most adventurous, wild locations in Botswana, the Gcwihaba cave system is something truly special. Hidden within lies an astounding labyrinth of caverns, pits, stalagmite and stalactite formations. Venture the cave using linked passages and get a glimpse of the colourful flowstones. A must visit place when in Botswana. Gcwihaba is a designated National Monument and a proposed UNESCO World Heritage Site.

The manyana is the most visited rock-painting site in the Gaborone area. The paintings are spread over five areas of solid rock. The images which mostly consist of giraffe, antelope, human figures, and geometric figures are all dated between 1100 and 1700 AD. A must visit culture site in Botswana!

Kubu Island is a national monument located in the middle of a desert. It is considered a sacred site by many indigenous people of the area. The island consists of dry granite rock and is Former Top Gear presenter Jeremy Clarkson once described Kubu Island as “just about the most astonishing place I’ve ever seen.”

The Ngami lake is an astounding lake in Botswana, just north of the Kalahari desert. Seasonally, it gets filled by the Taughe river, an affluent part of the great Okavango river system. Lake Ngami is one of the flawed remnants of the ancient Makgadikgadi lake, and Ngami began dramatically shrinking in early 1890. Although it has shrunk massively, it is still home to many species of birds and other wildlife.