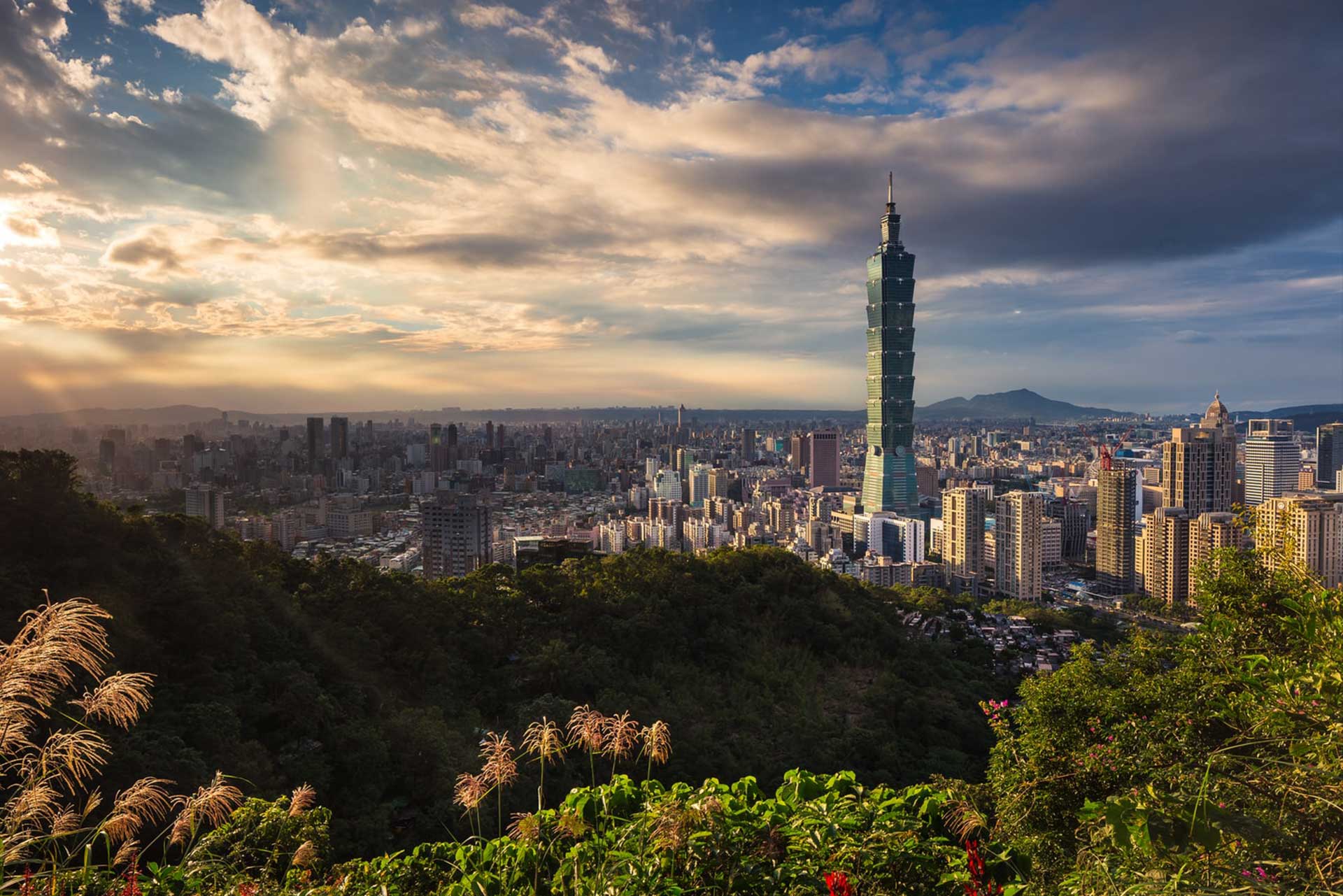 Taiwan is a small island located in the Pacific Ocean. Notably, even though the country is small in size, the country is home to an astonishing amount of 23 million people.

The climate is warm and humid and has a variety of terrain: sandbars, plains, basins, hills, plateaus, and mountains.  As a result, the country is home to abundant animal and plant life, including various endemic species. There are more than 200 densely packed mountains that are more than 3000 meters high on this small island, making it a perfect destination for hiking.

Like many other asian countries, Taiwan have had a quick industrialization and rapid growth during the latter half of the 20th century. Today, Taiwan has an advanced economy that is ranked the 22nd-largest in the world in terms of purchasing power parity. Taiwan’s biggest industry in terms of economic value is the IT-industry. The main exports of Taiwan is semiconductors, petrochemicals, automobile parts, ships, wireless communication equipment, flat displays, computers and electronics.

Taipei 101 is one of the highest skyscrapers in the world, with an impressive height of 509,2 meters. The tower was completed in 2004 and was until the opening of the Burj Khalifa in 2010 the tallest building in the world. Visitors can head up to the 88th-91st floor using one of the fastest elevators in the world, for an excellent panoramic view of the metropolitan Taipei.

The Shilin night market in Taipei is one of the largest, most popular night markets in Taiwan concerning food, and also one of the most popular points of Taipei nightlife among visitors. The market offers a variety of local, traditional, and international merchandise as well as local cuisine. A local delicacy is the oyster omelette, an omelet filled with small oysters. Another rather special dish is the “Stinky Tofu”. The smell of this infamous street food may be obnoxious, but its taste is actually really good.

Yushan national park is full of majestic mountains, including the highest peak in Taiwan – Yu-Shan. The park encompasses a variety of habitats, ranging from broadleaf forest at lower altitudes to mixed forest, coniferous forest, bamboo, and at the higher elevations, waist high-arrow bamboo, clumps of conifers, and bare rocky outcrops.

Chimei Museum is a museum with a wide collection of Western art, musical instruments, weaponry, and natural history. There are permanent exhibition galleries, one temporary exhibition gallery, and sculpture halls in the main building. The museum is known for housing the world’s largest violin collection and its significant collections of ancient weapons and sculptures. The museum was called “one of the most surprising art collections” in a Forbes article from 1996.

Participate in the lantern festival

There are plenty of colorful festivals in Taiwan all year around, but the most spectacular one is probably the lantern festival. On the 15th day of the Lunar New Year, the Lantern festival takes place in Taiwan. During this festival, thousands of flying lanterns in all sizes luminates the dark sky. It’s an extraordinary experience that must be seen!

RAW is the most exciting new restaurant project in Taipei, conceptualized by the world-renowned chef Andrew Chiang. The restaurant serves a vibrant experimental cuisine influenced by the Taiwanese and French cuisine. Dishes found on their menu include giant oysters topped with tiny pearls of sago, followed by fatty pork over rice creatively layered with puffed rice and mushrooms. The restaurant’s star dish is the duck breast.