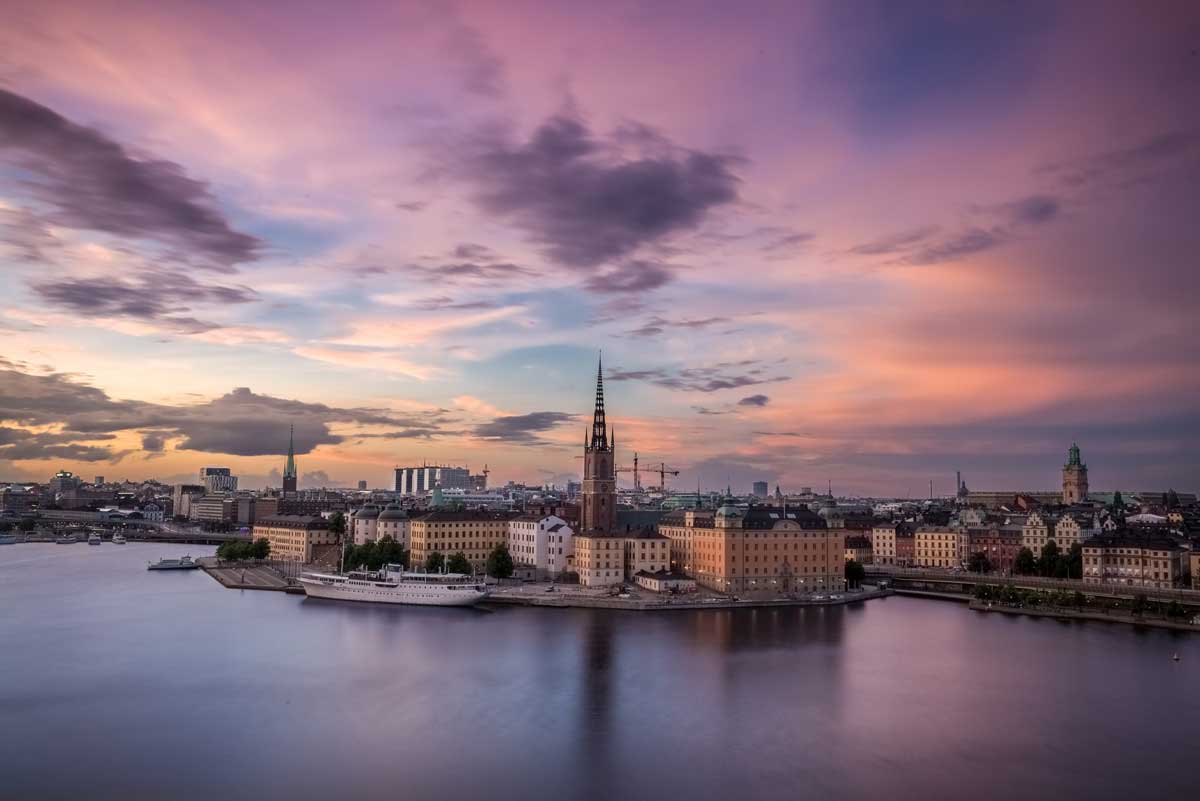 Sweden is the largest country in the northern part of Europe and is a part of Scandinavia.

It borders Finland, Norway and Denmark. The currency is called Swedish krona and

timber, iron ore and hydropower are the resource bases of  the Swedish economy. The country has 10 million inhabitants and is known for its beautiful, uninhabited nature. Deciduous forests and fertile soil in southern Sweden is a contrast to the moss-dressed nature, mountains and forests with pine and fir trees in the north. The highest point is mountain Kebnekaise, reaching roughly 2100 meters above sea level.

The climate in Sweden is characterized by the four different seasons with big changes in temperature. Because of the northerly latitude, at the peak of summer in the northernmost region of Sweden the phenomenon known as the midnight sun occurs. The sun doesn’t plunge completely below the horizon which creates 24 hours of daylight! Some well known Swedish companies include clothing company H&M, music streaming service Spotify and furniture company Ikea.

A well known Swedish custom is to have a “fika”. An old tradition, a fika is a coffee break more about socialising than eating and drinking coffee. A fika usually consists of a cup of coffee, tea or juice with a cinnamon bun, cookie or cake.

Over 300 years ago the Vasa ship sank on its maiden journey outside of the Swedish castle. It was forgotten about until an amateur archaeologist found its location in the 1950s. The ship was salvaged and placed on Djurgården where it still is to this day. The museum displays thousands of artifacts together with the remains of some of the people found onboard. Explore this large museum, visit the gift shop, and eat a traditional Swedish meal at the restaurant!

“Kungsleden”, the king’s trail, is the longest hiking trail in Sweden. Located in the north, close to the Norwegian border it offers amazing nature with rolling hills and streams. In winter it’s possible to travel on cross-country skis, but the easiest option is to hike during summer. Inhale the fresh mountain air and take in the astonishing nature surrounding you in the place where the sun rarely sets!

This light yellow castle is a part of UNESCO’s World Heritage list! Located just outside of Stockholm, it’s the permanent residence of the Swedish king and queen. The entire castle and its garden with exception of the southern wing are open to the public at all times. Walk around the grounds, enter the castle and maybe have lunch at the garden café.

The perfect destination for any seafood lovers, this beautiful archipelago offers a peaceful stay at one of its car-free islands. Seafood and fish restaurants offer traditional Swedish food as fresh as it can be! Go for a swim and sunbathe on these beautiful, soft cliffs that have been worn by wind and water over thousands of years.

Swedens biggest island, Gotland, can be reached by plane or by traveling with the ferry which only takes 3 hours from the mainland. Rent a bike and travel around the island and explore the beautiful nature. The main city of Gotland in Visby, which has been inhabited since 800-900 AC is also a part of UNESCO’s world heritage list.