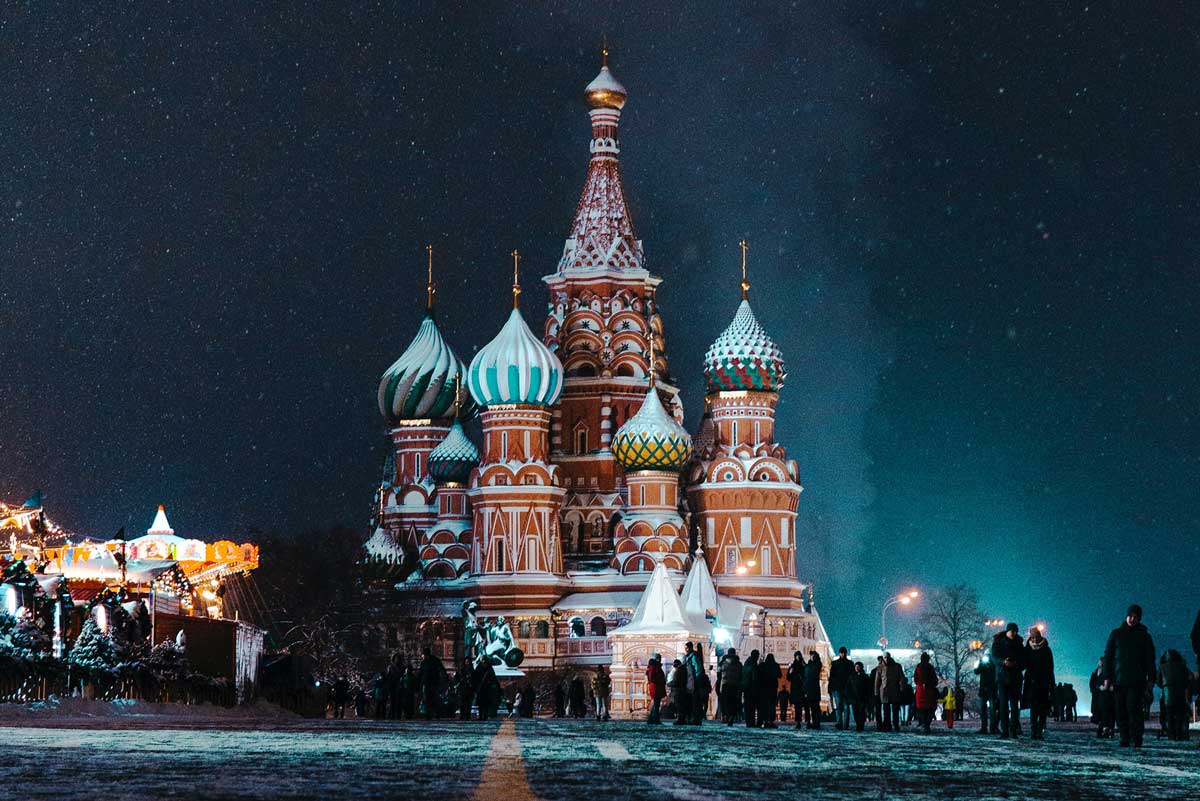 It is the world's largest country by area that stretches from the southern part of Europe over to the northern part of Asia.

Many foreigners believe that the country only have vodka, bears, and a cold climate to offer its visitors. The vegetation here varies from desert to frozen coastlines, tall mountains to swamps. One of the most famous animal species found in the country is the Siberian tiger, being the largest cat in the world. It is for sure one extraordinary country with a lot of things to do. The capital Moscow, and the city of St. Petersburg, are the two most important cultural scenes, being very picturesque and having grand churches, operas and other sightseeings. More people are populated in the eastern part of Russia, while during the 20th century, there has been a flow of russian speaking people and ethnic russians that has moved into Siberia. Famous cities here are Vladivostok and Irkutsk, that now are flourishing because of the growing society. The country is famous for its cold winters, but also having a spectacular scene of arts and culture. Pre Revolutionary Russian society had many famous names. Such as Leo Tolstoy, Aleksandr Pushkin and Anton Chekhov. Producing either writings and music.

Not only is Russia the largest country on earth, but it does also have the third-longest railway in the world. Stretching from Moscow down to Vladivostok. It covers almost 10 000 km and takes seven days from start to finish. A must on many people’s bucket lists.

The Church of the Spilled Blood

This church is a former Russian Orthodox church in St. Petersburg that operates as a secular museum at present. The structure was designed in the period 1883 to 1907 and is one of the main attractions in Saint Petersburg. The church was erected on the spot where, in 1881, revolutionary nihilists assassinated Emperor Alexander II. The church was established by the imperial Romanov family in memory of Alexander II and his assassination is expressed in the suffix on “Spilled Blood”.

In Yekaterinburg, it’s hard to believe the dizzying patterns covering the mine are natural. Surreal swirls are caused by mineral carnallite layers, which can be yellow and white or even red and blue. They paint rivers of color through the walls of this abandoned salt mine, dating back millions of years when the salty sea dried up, leaving behind the mineral deposits. Even though a visit isn’t open to the public, it is possible with a special permit. Grab the camera and take unique pictures for everyone to amaze.

The city of Yakutsk

This city, located 450 km from the Arctic Circle, is one of the coldest cities on earth, measuring up to -40 degrees celsius at times. To get the true Yakutsk experience, visit in the winter, and you will be greeted by fur-clad locals fussing through the crazy cold.

Café Pushkin is the place to go for many of Russia’s social elite. Designed to recreate the feel of the 19th century aristocrat ‘s home, the restaurant has become one of the most popular in Moscow, thanks to the quality of its food, the impeccable service and the excellent range of vodka. The atmosphere of pre-Revolution Russia is delightfully romantic, from the flowery menu script to the aristocratic country house décor. Pushkin is the perfect destination if you want to be treated like a Russian nobleman and dine like a Tsar – but book ahead, the restaurant is popular, therefore it requires booking in advance.