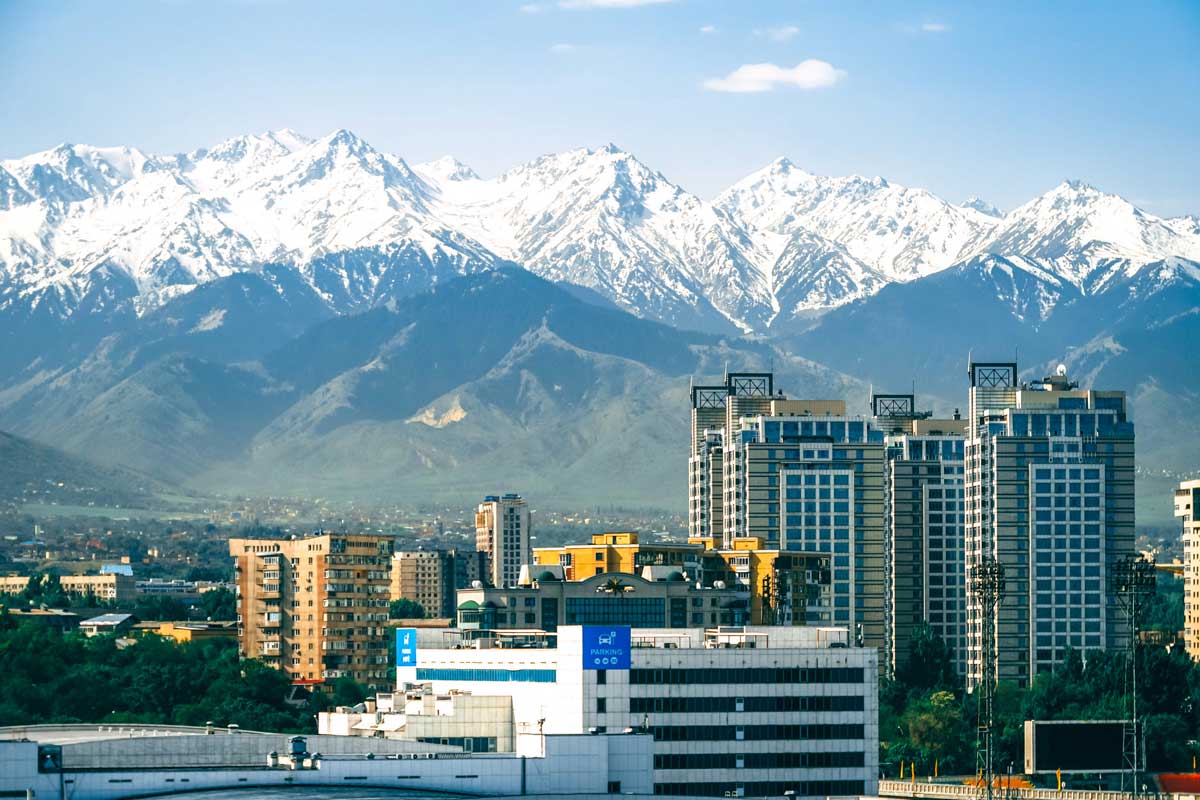 This country is the ninth-largest in the world and the largest country in Central Asia.

It is also one of the world’s largest landlocked countries, which means it doesn’t have territory connected to the ocean. Kazakhstan is generating 60% of Central Asia’s Gross Domestic Products (GDP), which means the monetary value of all finished goods and services, primarily because of its oil and gas industry. The Caspian Sea is the largest inland body of water in the world. This sea borders 1,450 miles of the coastline.

Even though Kazakhstan is a large country, the population is spread in many small villages. Half of the population is considered in the bigger cities, while the other half is rural, which is located outside the cities, on the countryside. Russia is the state language, while kazakhs speak a Turkic language of the Northwest. You will find a couple of modern theatres that offers musicals, operas and ballet. The radio and television broadcasting is of importance because of the reach to many distant villages and farms. The country possesses many natural resources which they export. One of the most important minerals are copper. Otherwise, they export agricultural products, raw materials and manufactured goods.

This lake is a natural alpine reservoir and a big source of natural drinking water for the locals. The water is unimaginably blue, surrounded by beautiful nature and high mountains. Entry to the National Park requires a fee and is accessible by car, bicycle, or on foot. The lake is about 1,6 km long and 40 meters deep.

This monument and watch-tower is located in the capital of Kazakhstan, Nur-Sultan. This attracts both visitors and locals, wanting to get a look-out of the city. The tower is said to represent a mystical tale of a bird and a legendary tree of life. That is why it looks like it has branches coming out of the top of the tower and an egg in the middle.

This is the largest mosque in Central Asia with construction in a classical Islamic style. It is on the list of unique objects of the Capital and can be understood from its impressive size. Holding up to 10 000 people on special occasions.

This museum has become one of the centers for cultural initiatives in European and Asian arts. It organizes regular exhibitions, over 70 every year, with artists mainly from Kazakhstan but also foreign artists. It also hosts private collections, which are of particular interest amongst lovers of fine arts.

This canyon is by the Sharyn River in Kazakhstan and over 150 km long. Some say it has the same beauty like the Grand Canyon, with its unique natural objects which have been formed over a very long time by the influence of weathering of sedimentary rocks.

Rixos Khadisha Shymkent offers its guests unrivaled extravagance in Shymkent, a vibrant town in Southern Kazakhstan with busy bazaars and a lively downtown scene. Located directly on the ancient Silk Road, the hotel is an ideal destination for business or leisure stays. A city with a vibrant past shared by many of its neighbors, including Uzbekistan, Russia and Mongolia.